The world is a cold hard place and you are going to die and nobody will care. We all tell ourselves that our lives are important and that the things we say and do make a difference, but they really don’t. Once you are dead it will be as if you never existed.

Founded by Mark Zuckerberg in 2004, Facebook is an online social networking service with 1.59 billion monthly active users. Everyone is on Facebook! In fact, Facebook is so big that according to Greenpeace, Facebook data centres consume 2% of all global electricity! Most of this power comes from burning boring old plants called coal. Registration is easy and once you’ve signed up, you can create your own personal profile and add other humans as “friends”. You can send messages, share photos and videos or join common interest user groups.

Society – the way we used to connect with people – is dead. Human interaction has failed us and the people of the future will look back on the way we lived our lives in bewildered amusement at this strange anachronism.

All we need is an internet connection.

Facebook takes everything you love about your old life – being accepted and fitting in with a peer group, receiving praise when you do things to please other people, being entertained by government approved advertising media – and makes it digital. That way everything you do can be scrutinised and judged by people you don’t know and objective value can be assigned to your thoughts and actions.

Before I signed up for Facebook, my life was a mess. When I was 17 everyone I know was killed by death. It was so sad that Beethoven’s Moonlight Sonata would be playing wherever I went. I had no friends because they were all dead and I couldn’t get a job because the planet was a barren husk.

But now I have a new life.

And you will let it. 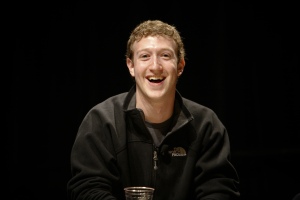